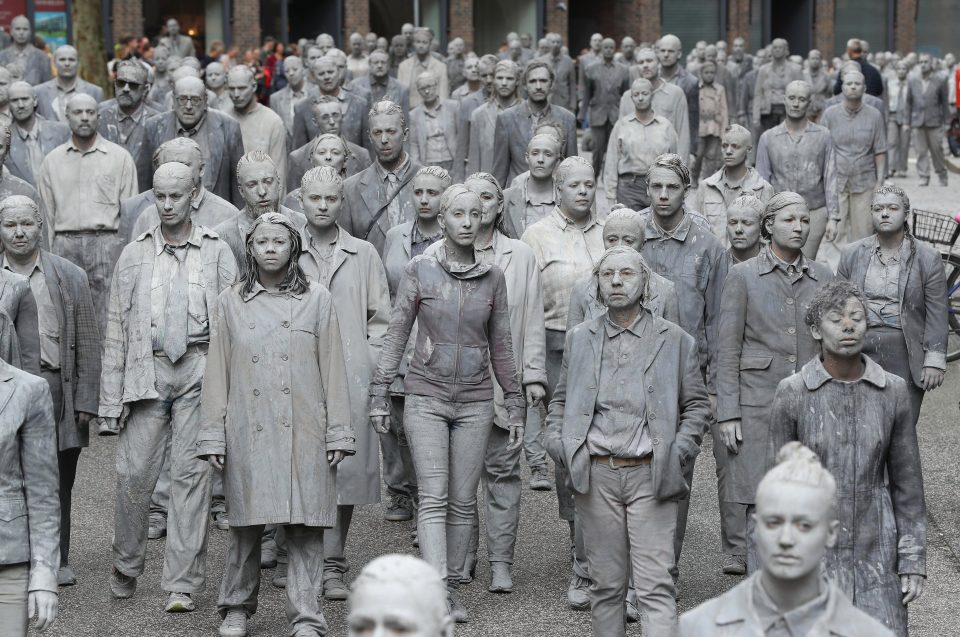 For the recent G20 meeting of “world leaders” in Hamburg, Germany hundreds of activists staged an action, dressing like the walking dead in gray clothes and faces, passively walking the streets, they illustrated the myriad effects which can, do, and may in the future result from the callous, petty, and greedy actions of the summit attendees. They did this not simply with catchy (or tired) slogans, posters, or even throwing trash bins threw the windows of Starbucks. They did this by visually distilling into abstract all that is possible when we choose money, power, and nationalism, over consideration, solidarity, peace, and cooperation. It was an astounding, and brilliant demonstration and serves, not simply as a wake up call, but a pivot point for all of us. What matters? What more can we do? What haven’t we done? What may come in the future? We need more of this. 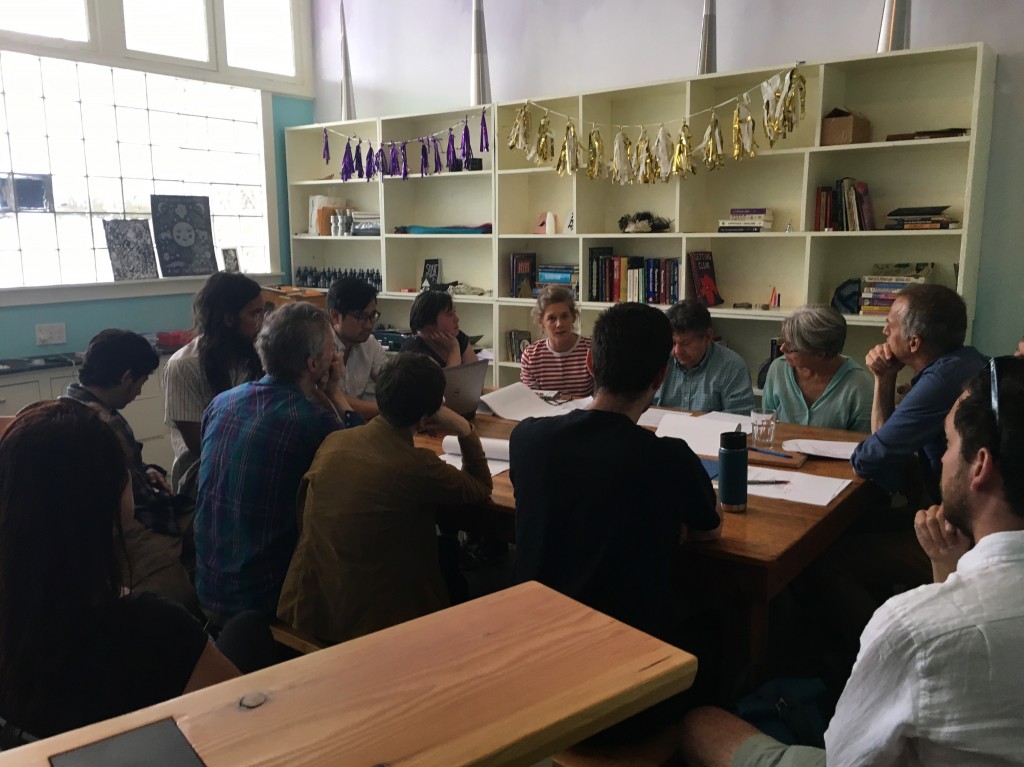 Risa Puleo interviewed Sam for Hyperallergic in relation to the comic action, Sgt. Kroll Goes to the Office, as well as the differences between the Chicago and Portland schools of so-called Social Practice, and its role in the age of Trumpiness.

Give it a read.