Join the City as Commons group, in collaboration with Palmar Alvarez-Blanco, as we host a presentation by writer, performer, and co-founder and member of the newspaper DIAGONAL, Laura Corcuera González de Garay.

Laura will speak about the media, performance, feminist activism and municipalist politics in post 15M Spain. 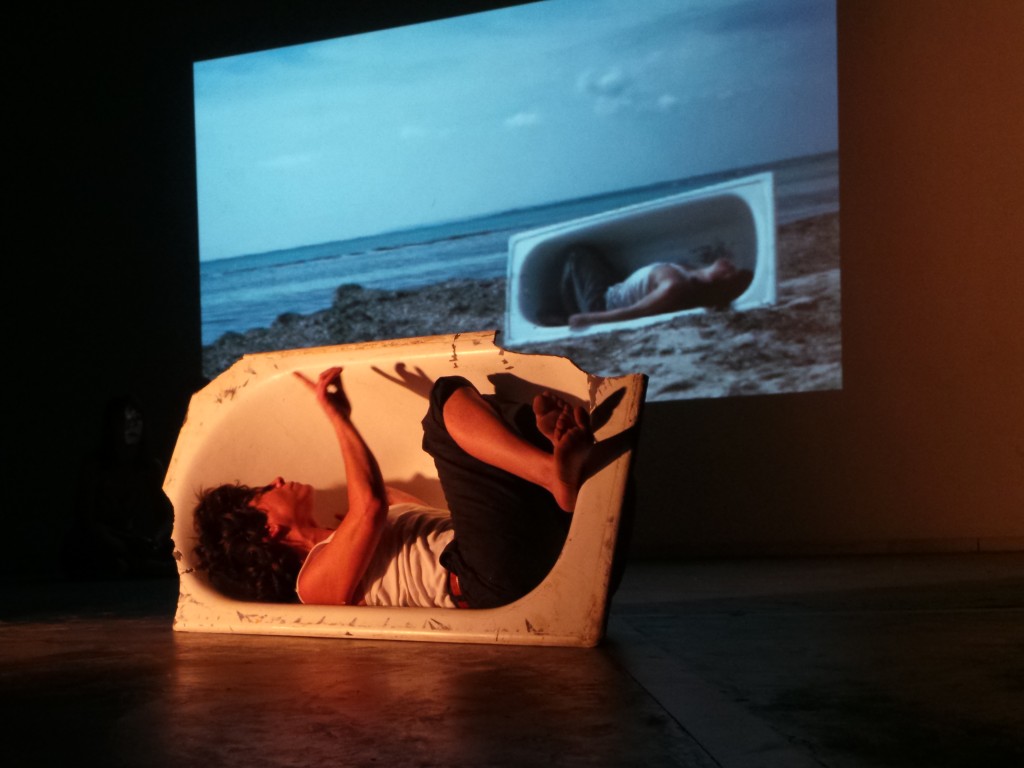 Laura Corcuera González de Garay is a founder and member of the newspaper DIAGONAL, where she writes about science, sexual and gender diversity, LGBTQIA movements and performing arts, an area that she coordinates for the supplement Culturas. She has collaborated with the theater magazines Primer Acto and Artez. Since 2014 she has collaborated with the international magazine Punto y Coma.

She combines her work and communicative militancy with feminist activism and performance. She’s no taller than 5’2’’, but she has studied with great teachers like Jango Edwars, Phillipe Gaulier, Eric de Bont, Esther Ferrer, Antonia Baehr and el Odin Teatret, among others. Her last performative experience was realized in conjunction with the US collective La Pocha Nostra (Atenas, June 2015).

“I combine writing, journalism, performance, theater, and public dissemination of the sciences. I am a feminist activist of the interstellar precariousness, before being a salaried employee of highly respected State institutions. I demonstrate a spirit and vocation for public service; I am a creator of the imaginary institution of society, I can be a transformer for material and immaterial realities, I have a strong commitment to ethical practices, justice, beauty, and wealth distribution. I love the Mediterranean arc, southern Europe.”

Laura Corcuera González de Garay, has a degree in Journalism from the Universidad Complutense de Madrid and a master’s degree in Semiotics of mass communication, with the thesis “The scene as a tool of sociopolitical dynamization.” She was the Press Officer at the National Museum of Natural Sciences (Museo Nacional de Ciencias Naturales, (MNCN/CSIC) between 2005 and 2007, founded the Periódico del MNCN and the science news agency SINC (FECYT), where she worked as coordinator and chief editor from September 2007 to December 22, 2010.