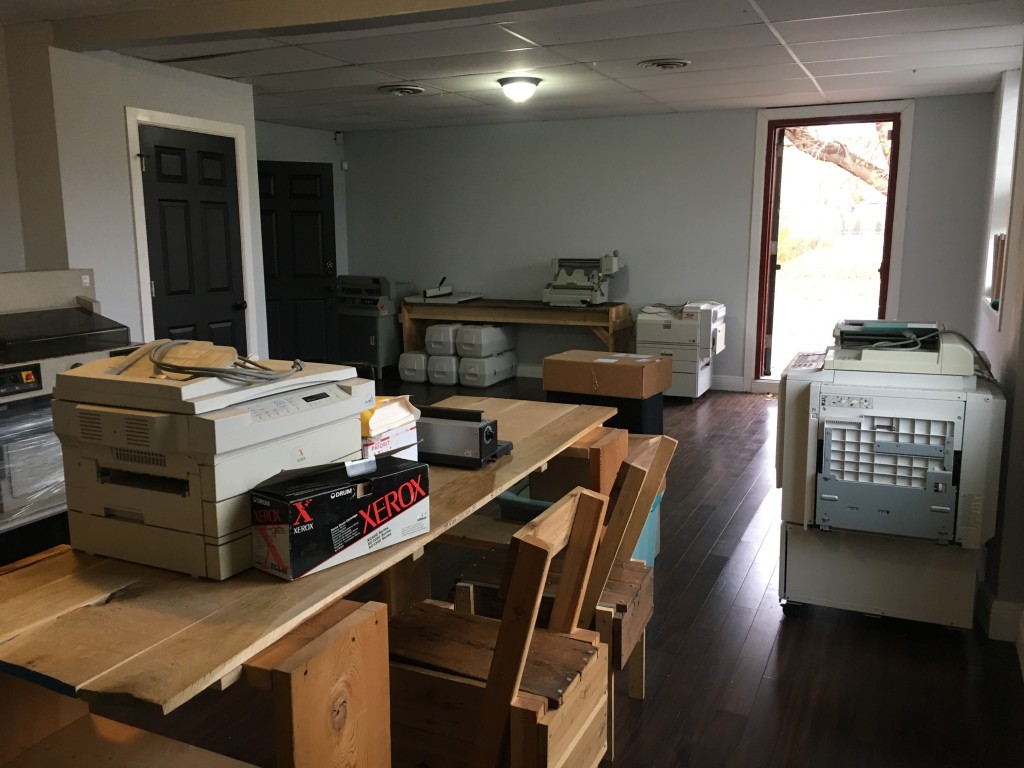 At its conception, Beyond Repair was meant to adapt to its surroundings while encouraging those surroundings to get out of step with their existing habits. The relationships and actions formed as a result helping to transform the project as days go by. What’s become evident over these two years is that the shop is, by evolving design, a transmitter of sorts. As much a speaker as it is a sounding board.

But any work that goes into those efforts would be fruitless without the ability to gather and reflect. A site to pass through, discover, and transmit common ideas yet realized. Without this cyclical relationship between reflection and action all we have is mindless shouting. And there’s enough of that these days.

Taking these considerations into account we are opening Assembly, an expansion of Beyond Repair just two blocks down the road. Co-managed by myself and Tom Kaczynski of Uncivilized Books, Assembly will serve as a site of convergence and reflection, a space of social and material production. In tandem, the space in the market, will transform in the coming weeks, focusing more on free, often tactical, printed matter to distribute, as well as housing a micro neighborhood radio station (W RL / FR: With Radical Love & Fierce Resistance Radio) in collaboration with Derek Maxwell of Feel Free Hi-Fi.

Located on Columbus Ave., just two blocks down the Greenway from our site in the Midtown Global Market, Assembly will house five offices / studios, a common work space and gathering area, as well as room both inside and outdoors, for lectures, performances, group discussions, and simply hanging out with interesting people. We’ll be bringing all of our print equipment to the space so that we can continue our book production and print services, as well as finally get our record lathe up and running.

Our intent is to highlight the market site and the Assembly space within an expanded field of action, of a piece. Two spaces, with different, but symbiotic, social uses. The market a site of distribution, and Assembly a site of convergence and co-reflection.

Like early 20th century mutual aid societies and union halls, as well as all manner of social clubs, Assembly will act as a site to gather, to discuss issues of shared interest, but just as importantly, a landscape to find ourselves running into like-minded individuals, certain that our collisions will produce something larger than just us. A place to plan, to discuss, to hang out, to gather around ideas of what could be.