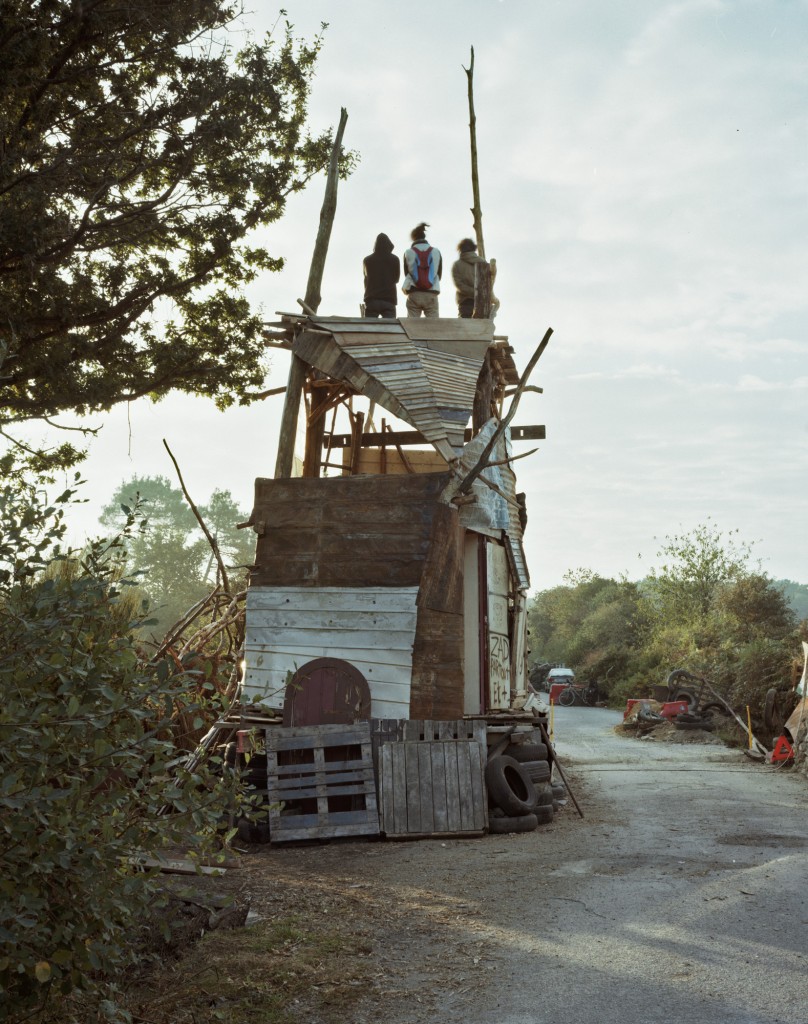 The Zone to Defend is written by a collective residing on the zad, 4000 acres of liberated territory in North Western France, occupied against an airport and its world. The small book pulls you in through its dream-like narrative describing the almost unbelievable transformation of proposed infrastructure site into laboratory of commoning. The zad is a tangible act of hope against the wrecking of our worlds by the megamachines of profit and growth. With its 60 living collectives experimenting with a diversity of forms of life, and with popular support across the country,  this occupied zone is a key front line struggle in Europe. The zone brings together farmers and activists in the fight for climate justice, against urban sprawl and for autonomy beyond the state, “its like living in the playground you always dreamt of as a child” is how one of its inhabitants describes life there.

It’s authors experiences on the edge of art and activism inform the books’ politics, and its voice documenting the ongoing struggle in relation both to French politics and, surprisingly, an art world that seeks to find a way out of endless cycles of symbolic struggle.

LA ZAD / THE ZONE TO DEFEND: A Liberated Territory Against an Airport and its World by Mauvaise Troupe (Amber Hickey- contributing editor, Alice Le Roy & Silvie Decaux- Translation) will be published summer of 2017 through the Tools in Common imprint Canary Press, a publishing collaboration between Marc Herbst (ed; Journal of Aesthetics and Protest) and Sam Gould (artist, editor; Red76 / Tools in Common / Beyond Repair).