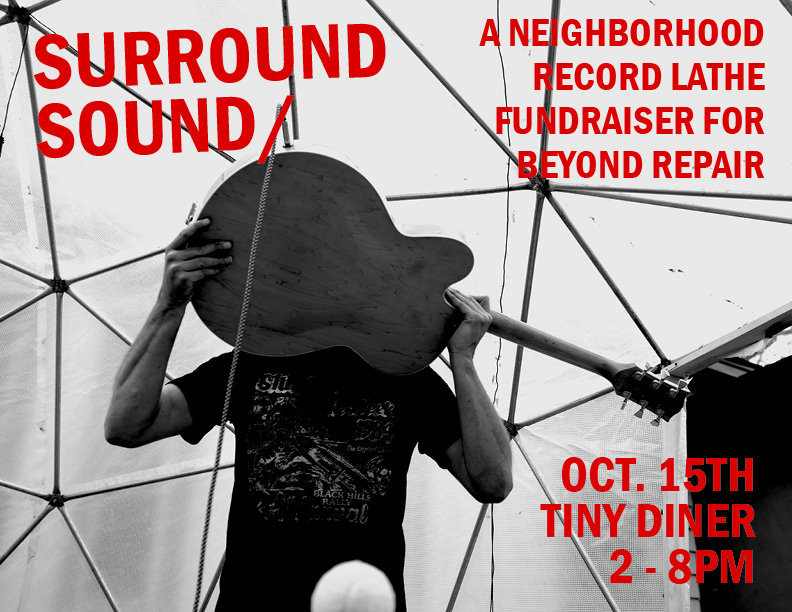 Join the folks who facilitate Beyond Repair, the 9th Ward publication experiment, for a day long festival of music, food, and more to benefit the refurbishment of a new piece of equipment for the shop: a mid-century record lathe able to produce vinyl records in real time. When up and running our lathe will, in just the same fashion that Beyond Repair publishes books, zines, and posters everyday, be able to lathe vinyl records. Moving around the ideas and desires, sounds and voices, of 9th Ward residents as well as compatriots further afield our lathe will assist in producing an ever expanding Anthology of 9th Ward Folkways! Noise! Mariachi! Cumbia! Dhaanto! Hip Hop! Voices and experiences that define our lives here in the ward together as neighbors.

Tiny Diner has generously donated the proceeds of food and drink to the fundraiser, and has opened their space for day long festivities. Among more to come, Eastlake Brewery has generously dontated beer for the occasion!

Current Beyond Repair resident Derek Maxwell will unveil and make use of his home-made sound system during Surround Sound, inspired by the early dub and hip-hop systems that brought neighbors far and wide together in celebration and resistance from Kingston to the South Bronx.

Long-time collaborator and neighbor Steven Matheson has organized a stellar and growing ensemble of performers, which so far include: