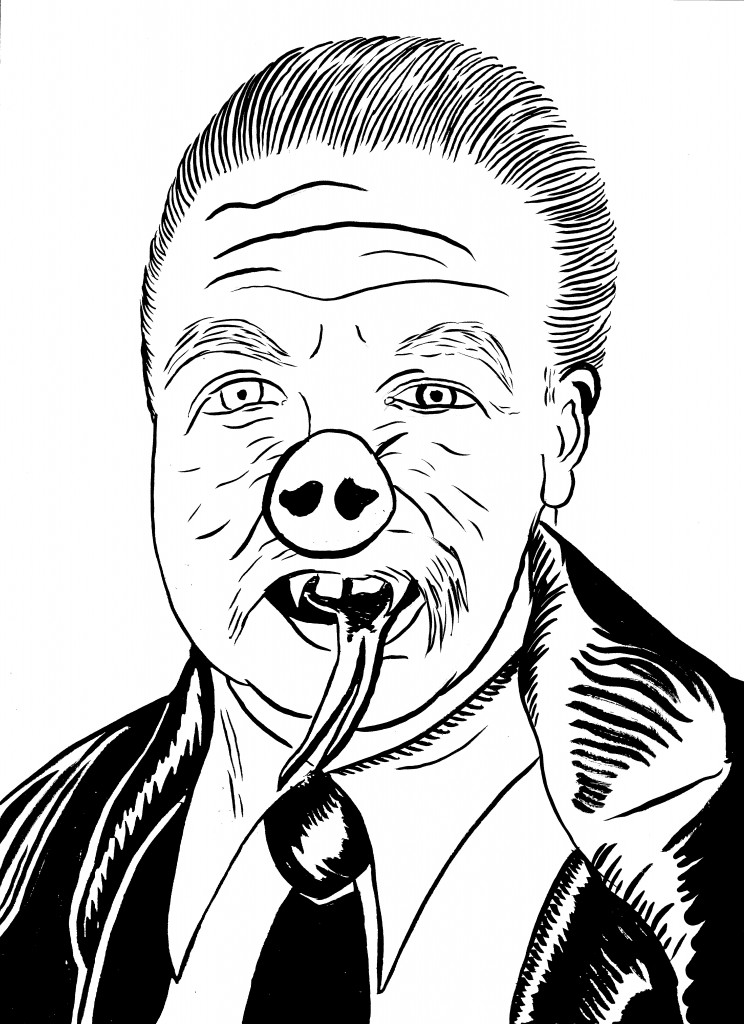 “I ain’t some fucking lame-ass, young-ass punk working state trooper you’re dealing with here; I’m just going to charge you. If you beat it, you beat it.

You know what? I don’t care. You’re 15 years old and you’re riding in stolen cars; it don’t matter to me. You know what? You’re going to be a statistic.”

The last few years, if not more so, have revealed to an ever growing public the systemic problems and continuing aggressions embedded within the Minneapolis Police Department. These tendencies are never more apparent than within the character and conduct of Police Union president, Lieutenant Bob Kroll.

Whether in his role as the union representative for the Minneapolis police force or prior, as an aggressive and outspoken officer, Lt. Kroll has again and again shown his contempt for the citizens of Minneapolis and its elected officials.

Not long ago Red76‘s editor, Sam Gould, was leaked a transcript of an interrogation that, then Sgt., Kroll conducted with a fourteen year old African-American boy accused of stealing a car. The tenor of condescension and contempt evident in Sgt. Kroll’s interaction with this young man, a juvenile, is telling of his character and what it desires.

As a means to create and distribute a portrait of Lt.Kroll’s beliefs, methods, and personal conduct Beyond Repair and Uncivilized Books are gathering a group of Twin Cities based comic artists and illustrators at the shop for an all day (comic) book sprint.

if you are not familiar with the framework of a book sprint, it’s easy to understand: a group of people gather to produce a book in one day, start to finish. In this instance we will gather at Beyond Repair at 10am. Coffee will be provided. We’ll use the transcript of Kroll’s interrogation as if it were a screenplay. The illustrators will be provided a number of pages to illustrate, using the interrogation transcript as their dialogue. Once finished we will scan all the pages, print them on the Risograph in the shop, and collectively compile them into a finished comic – all in one day!

Our comic will be distributed far and wide throughout MPLS for free. Anyone present is welcome to take as many issues as they can handle to pass around.

If we are to work towards truly human centered government and policing, transparency, dialogue, and criticality is key in achieving this goal. By producing this comic we hope to engage in exactly that type of behavior –  illustrating and making accessible the roles, conduct, and character of those who are, in name if not deed, there to protect, serve, and represent the whole of us as citizens.